Many of Tag Heuer's ambassadors are world's top athletes.
That’s why I found its collaboration with Alec Monopoly totally new.
Alec Monopoly is a renowned spray artist who has gained fame and recognition abroad.
This time, Tag Heuer has combined its motif, Mr. Monopoly from the Monopoly board game, with Alec Monopoly's unique art sense into Carrera Calibre HEUER01 Chronograph Alec Monopoly Special Edition, which is the model we wish to introduce to you today.
What makes this watch special lies in the sense of cuteness and sarcasm it brings.

By the way, did you know he once painted graffiti on his own Cartier watch?
Speaking of watches with characters, we have seen Omega with Snoopy, Seiko with Astro Boy and Black Jack and so on. For artistic designs, there are Graham with the Nose Art series and Corum’s Bubble.
Personally, I would prefer Alec Monopoly as his works fit my style. In his works, he uses colorings that bring happiness to people and fun elements I’ve never seen before. 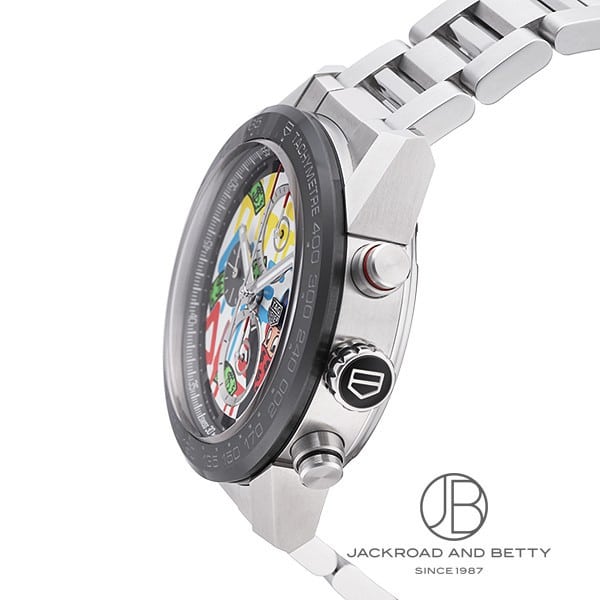