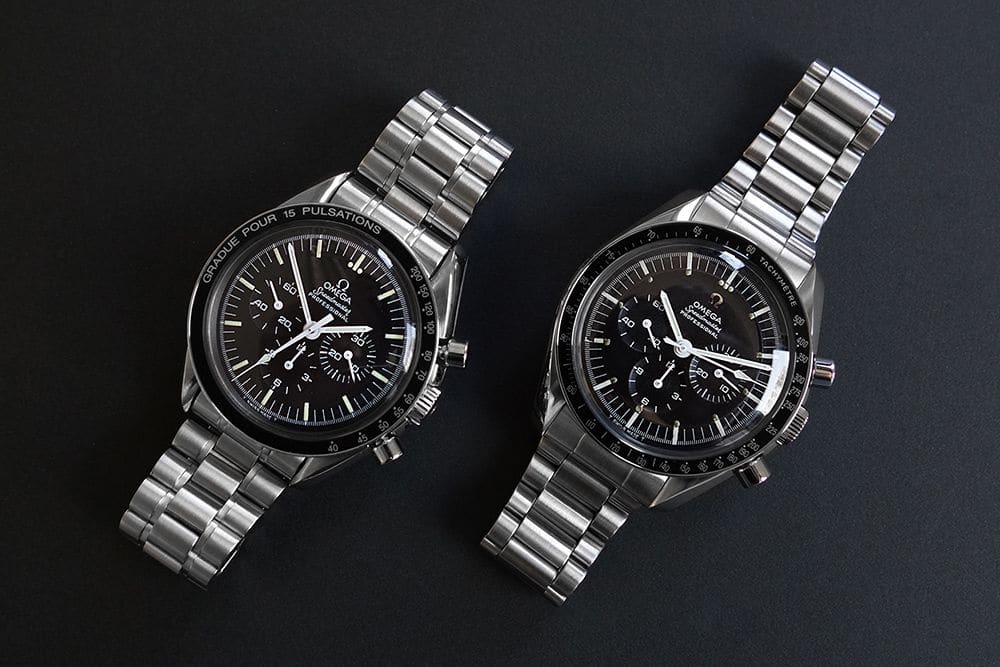 Hello everyone! This is Takaoka from Jackroad.
I’m in charge of purchasing antique watches for the shop.
This time, I want to focus on the well-known OMEGA Speedmaster model, one of the most popular Omega watch series.
Besides that, it is also famous as a “chronograph” watch.
Today, let me introduce to you both new and antique Speedmaster model lines.

The well-known OMEGA Speedmaster watch that every watch-fan should know of.
It gained its popularity by joining NASA piloted space missions.
You may have heard of its title the “Moonwatch”.
Back in the day, NASA tested many watches to choose one that could survive extreme conditions in space.
As a result, Omega Speedmaster was the only one that passed through all the tests, such as exposure to extreme temperatures and shock and vibration resistance; hence it became a member of the space exploration mission.

Close relationship between Omega and the universe

At that time, launching space missions was still relatively big news to the world , and it took little time for the Speedmaster to become a worldwide-known watch.
Nowadays we can still notice Omega watches being worn if you look carefully at space pilots.
The brand has also been tightly connected to the word “universe” nowadays.
In my opinion, this is part of Omega’s brand strategy.
You can find universe-themed elements in omega commercials as well as limited watch models.
This enhances the connection between “omega” and “universe”.
Famously evidenced in collaborations with the Apollo series Snoopy and Galaxy Express 999.

As time goes by, more and more models are created on the Speedmaster lines.
Automatic, quartz, and Digiana models were promptly designed, meeting today’s needs.
However, regarding the original hand-winded models, its design has hardly ever changed.
Take these two models as example.

The antique Speedmaster watches are divided into 1th〜6th generations. Here are the 4th and 5th ones.
They are similar except for very minor details. 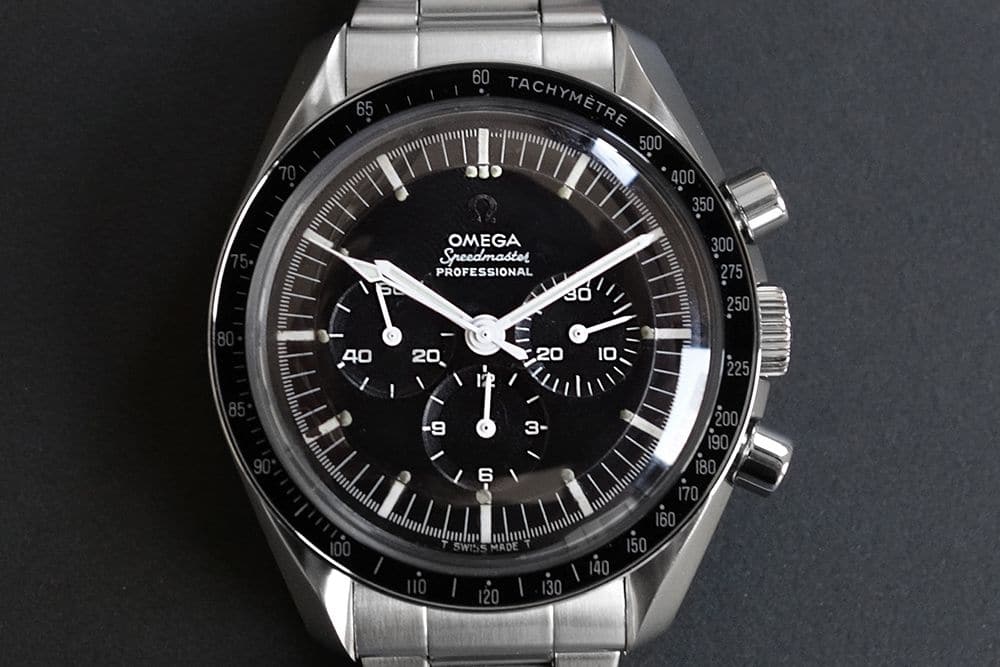 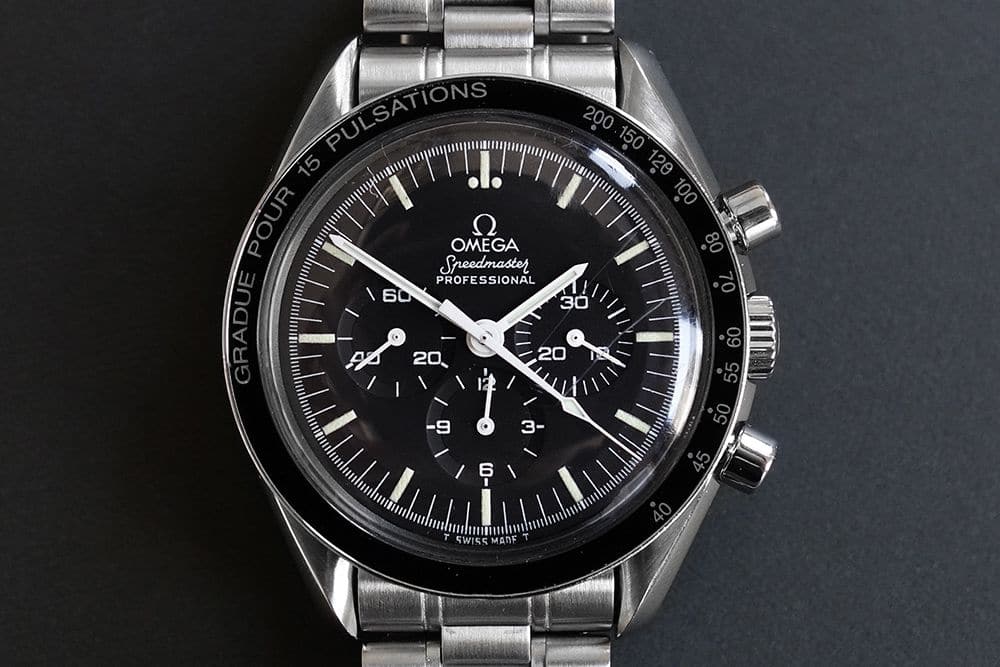 Take a look at the “Speedmaster “ mark on the 12 o’clock dial.
Top one is a 4th generation and the bottom one is the 5th generation in this case.
The 5th is commonly called as ”Long R”, as the letter “r” in Speedmaster is extended downwards.
There is another part that I would like you to check. The luminous indices.
The extension of the bars are different between the 4th and the 5th generation models.
These are said tiny differences on omega watches. Other than those we could tell them apart from the mark.

Design, size. Convenience etc. the Speedmaster has probably mets all kinds of consumer needs.
Not to mention that there are nearly no differences between new models and antique models.
If you are looking for the only one watch among all those traditional designs, the OMEGA Speedmaster might be the best choice for you. 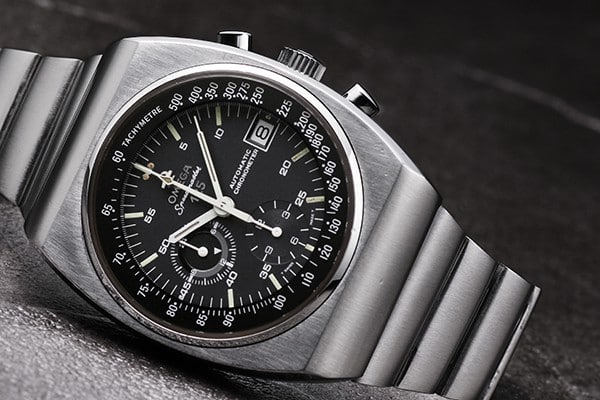