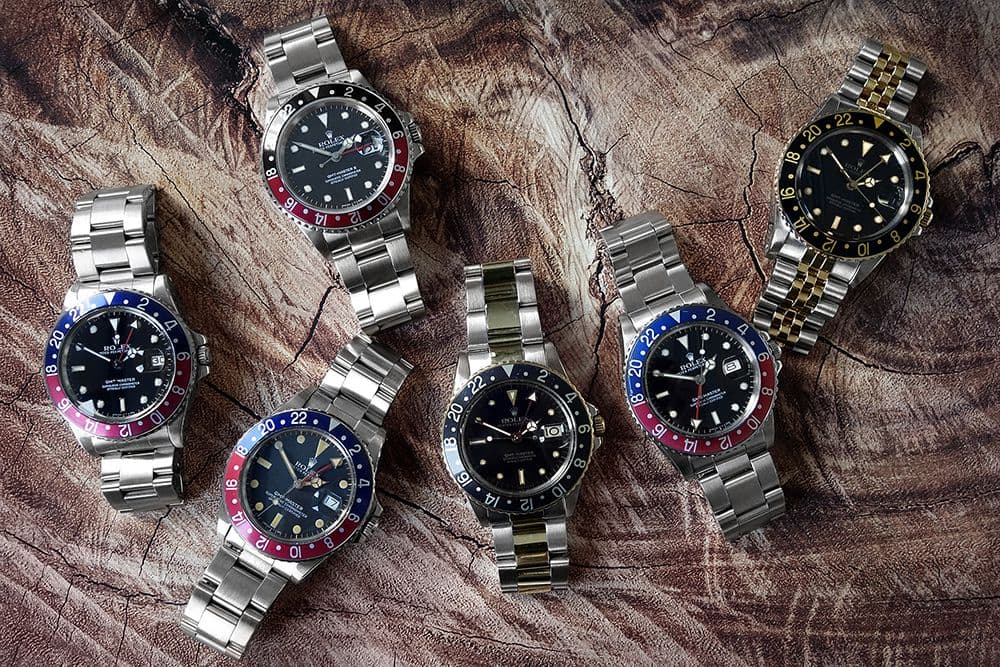 Long time no see! It’s Takaoka of Jack Road, the one in charge of buying antiques.
Today I’ll give an introduction to the GMT-Master, one of the more popular watches among Rolex.

The Birth of Rolex GMT-Master

Since its release in the 1950s, its design has only gone through very minor changes.

Although the GMT-Master has a large fanbase nowadays, it was not as popular as the Submariner when it was first released. At that time, it was thought to be too flashy to wear a red or blue watch for businessmen.

This time I would like to introduce six GMT-Masters released in the 1980s.

In the same series, there are three classified generations. Each generation considered as moving through one transitional stage.

In a way, the short production period coupled with detailed changes depending on the year were irresistable to antique watch fans. 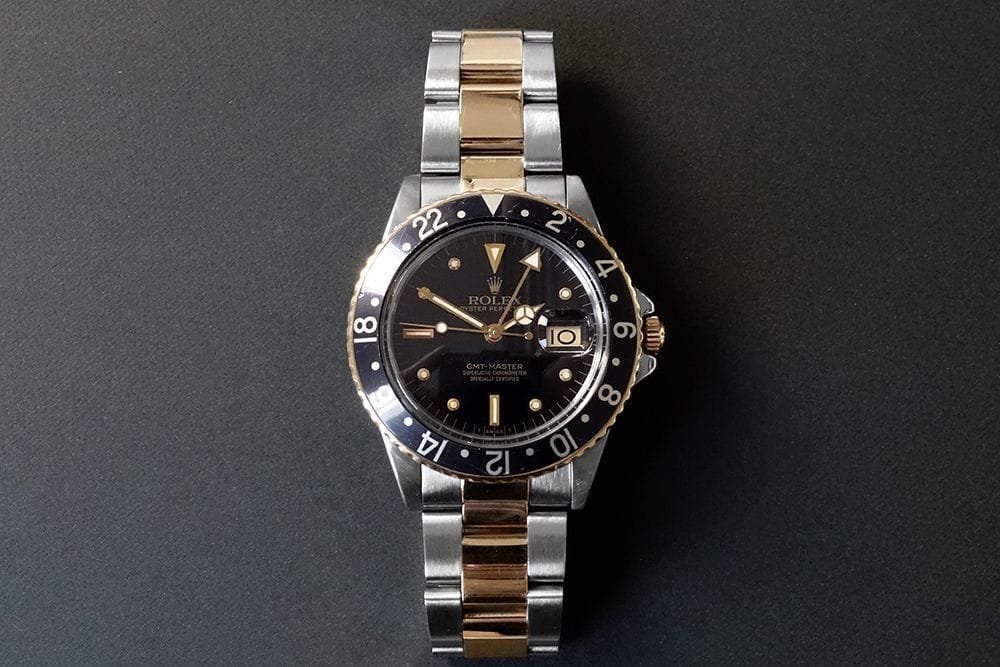 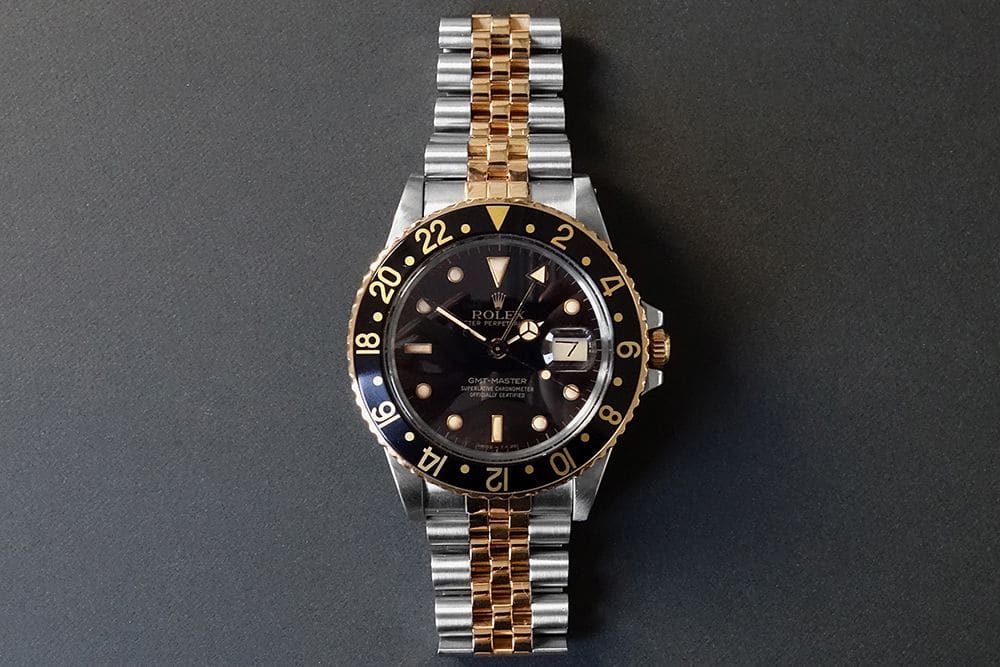 First, let’s take a glance at these two models with yellow gold and stainless steel.
The above one is made in 1981 and the below one is made in 1985. Both reference numbers are 16753.
The special+ characteristic of the 1981 model is the dial, which is called Barnacle.
This is because the luminous index is smaller than other models, it also earned its nickname of “Nipples” overseas. 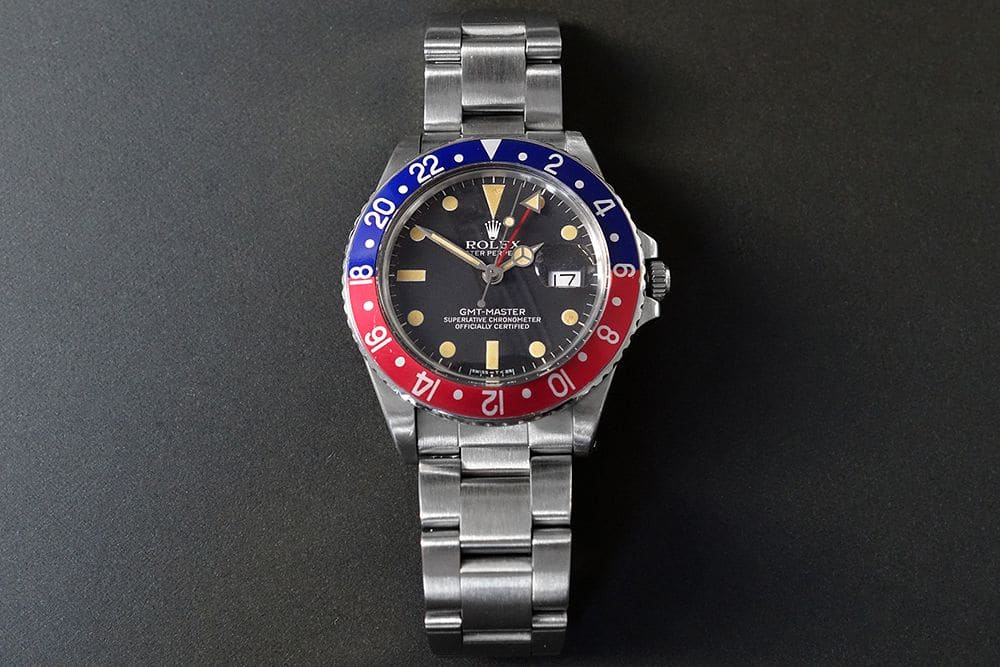 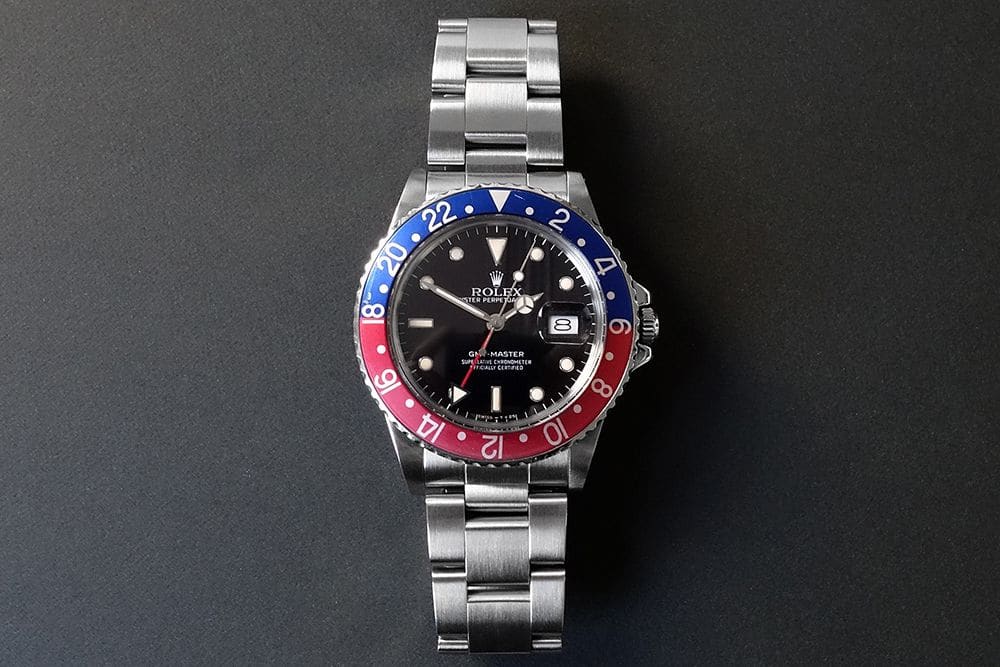 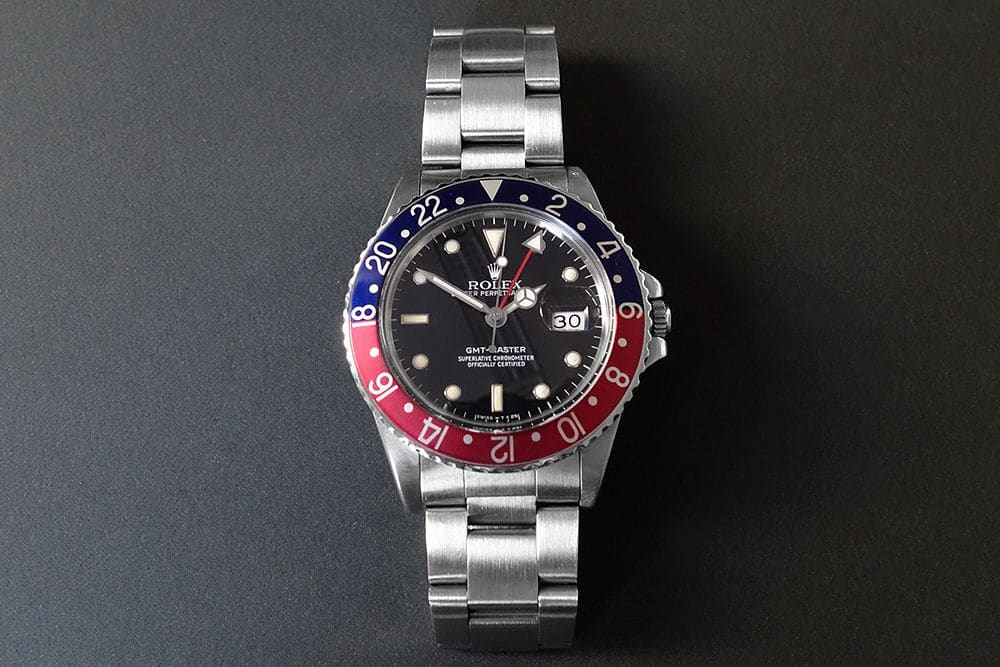 Next, we will introduce this model. The Ref.16750 models are made in 1981, 1985 and 1986 going down in order.
You can really feel the age in the bezels, however, attention should be given to the dials.
Over the years of usage, the dials have developed a peculiar “matte” color.
Also, that border regarded as a metal frame of the index is not found on the watch giving it a more flat and simple look compared to current models. 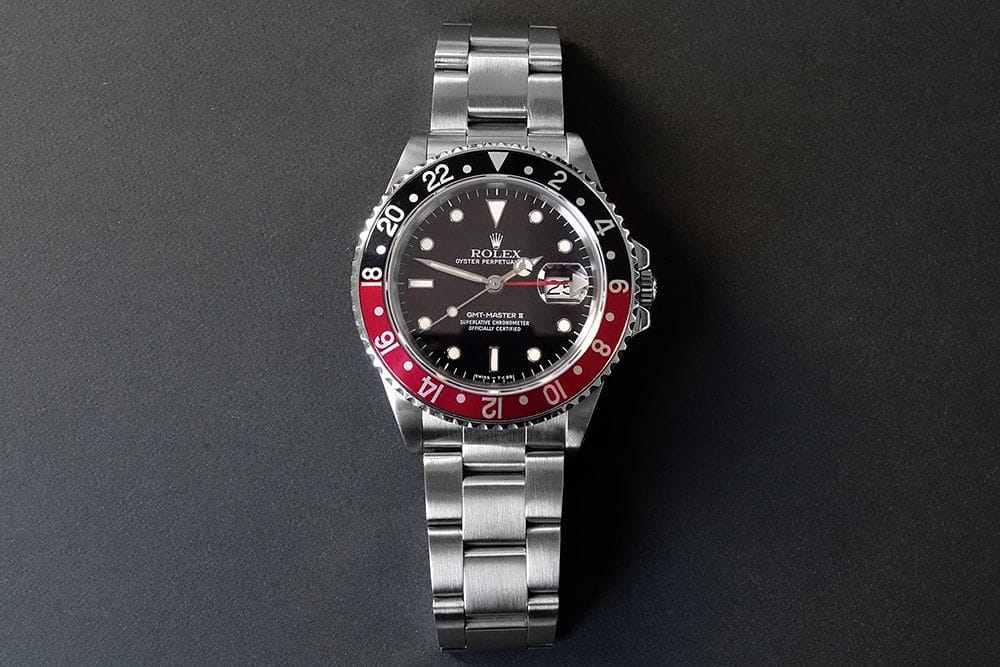 Lastly, we would like to introduce the Ref.16760, the initial model of the GMT-Master II.
Since it was released in 1983, this model had not been additionally manufactured for the next five years, thus it is very rare to see it in the market now.
The GMT-Master and the GMT-Master II were produced at the same time, but only the GMT-Master II has been available in circulation since 2000.

When it was released, because the case seemed a little thicker and more bulging than other models, it had nicknames such as ‘Fat Lady’ or ‘Sophia Loren’.

Although it seems a little rude to call watches by names like that, Rolex and Tudor watches both have many such common names, and you can really feel the love of the fans through them.

Many people may think antique watches are just something to be added to collections, but the models mentioned in the article can be used for daily wear.
The reasons are as follows.

The first reason is in its Design.

The sophisticated design of the GMT-Master shows its uniqueness in antique watches. I think most fall in love with it at first glance.
Even here at JACKROAD, we have staff who are fans of the 80’s GMT series.

The second is Function.

Despite being an antique watch, the calendar’s built-in fast-forward function is actually considered very practical.

So what do you think?

With both excellent design and practicality, the GMT-Master is an outstanding watch among Rolex collections. As an antique watch lover, I feel very happy just by looking at it.

I hope that ,not only antique lovers, but also those who are not interested in antiques can enjoy the uniqueness of the antique world after reading this article. 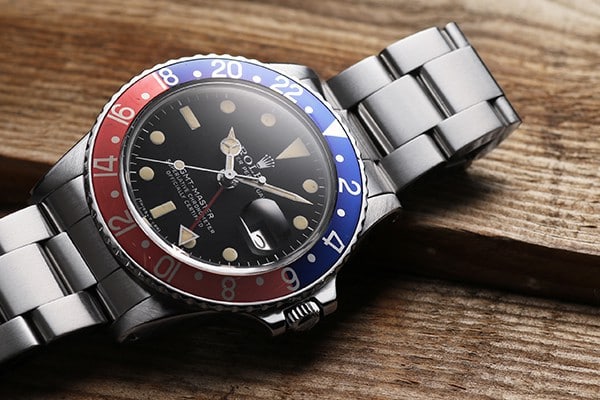