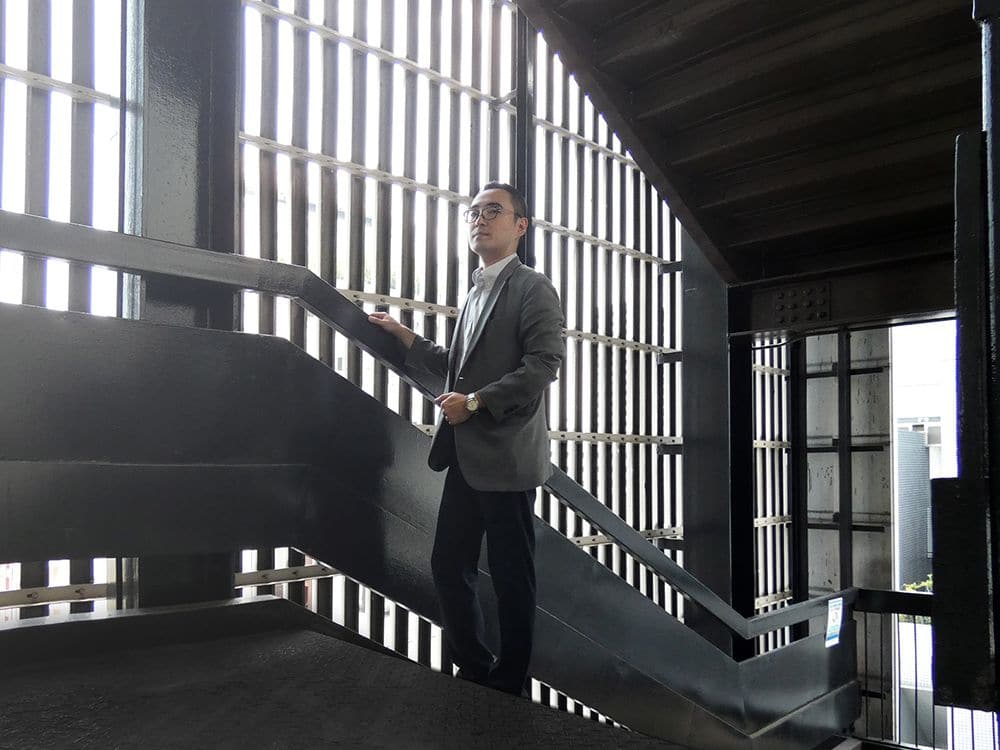 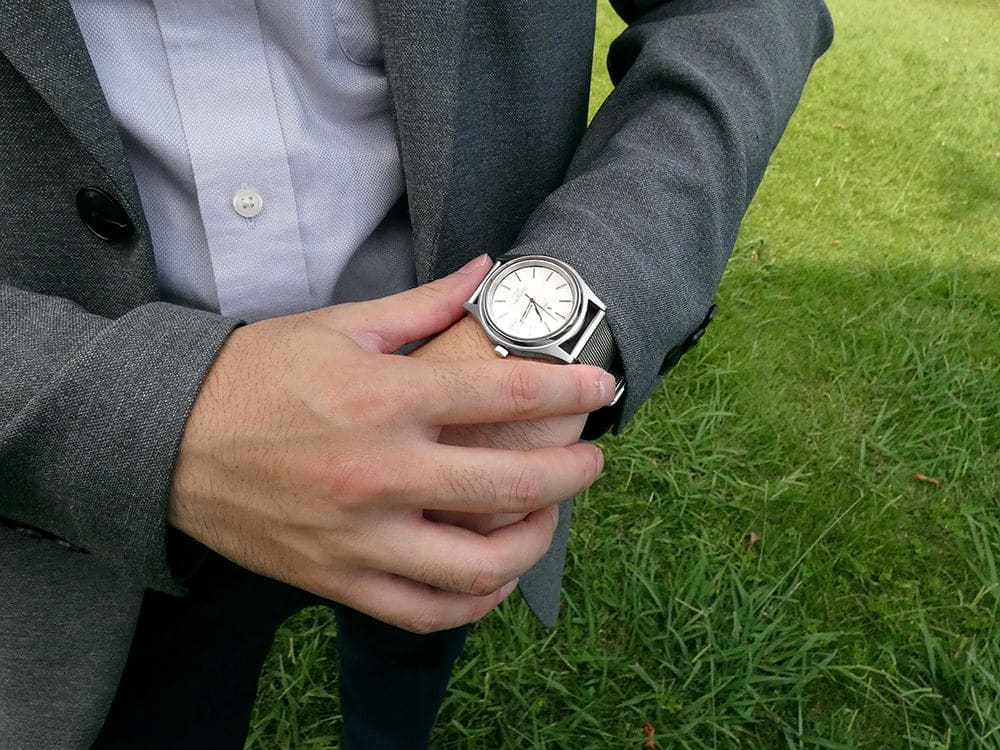 A watch that makes me feel connected with my father

This watch was a keepsake from my father. 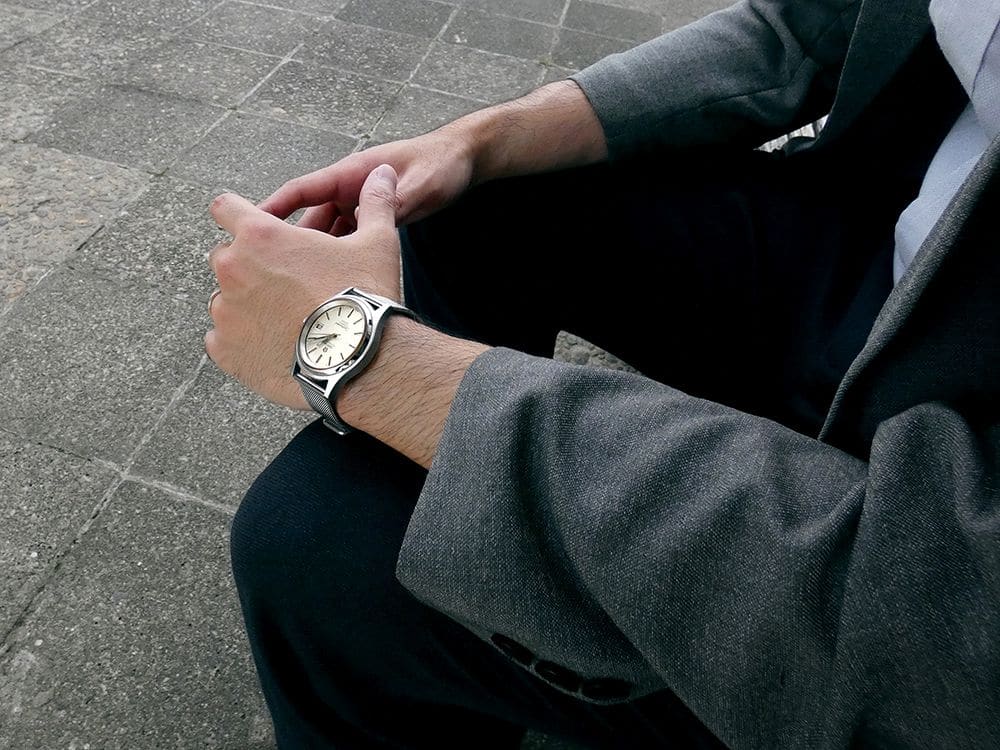 I was not aware of the watch at the time of my father’s passing.
After some time, I found this watch by chance when I was rearranging the interior of my parents' home.
I tried winding the mainspring and it worked, so I decided to keep it. However, I valued it a lot but did not wear it. 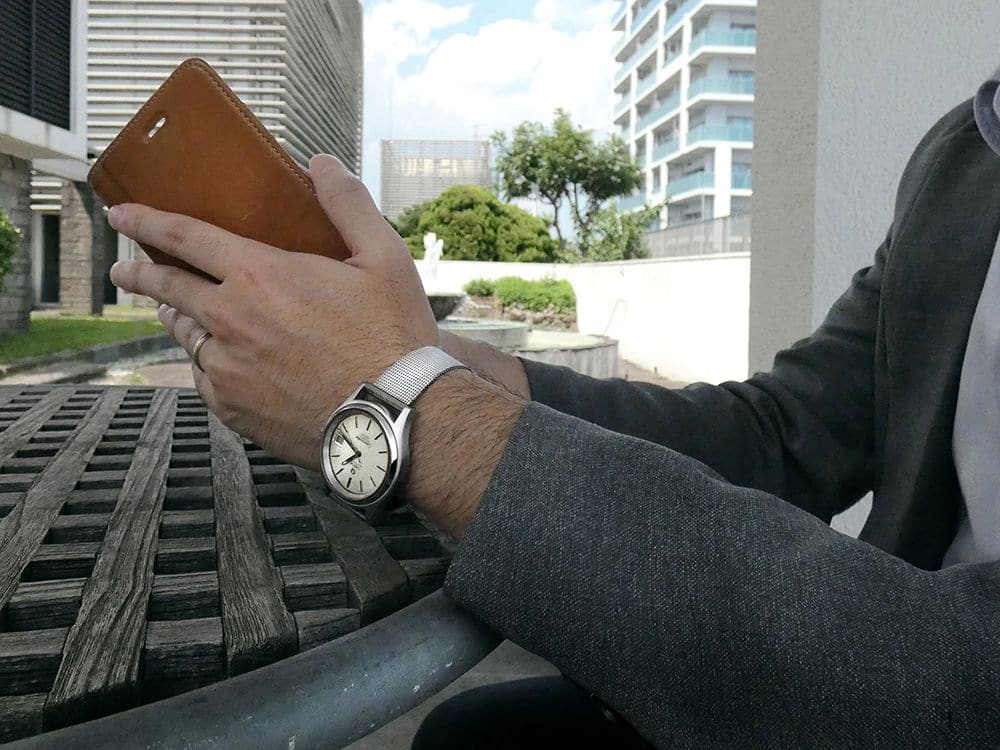 About two years ago, I started working at Jackroad. Then I recalled about the watch and decided on overhauling it.

The watch is most likely a model from the early 70's with a short production period.
Although it was not kept in the best conditions, the overhaul process only required me to add some oil to it, was only about adding some oil. One of the charms of mechanical watches is that they are sturdy and can be worn for a long time.
I also talked to my customers that mechanical watches can be used for a long time, because it was from the experience that I realized by myself. 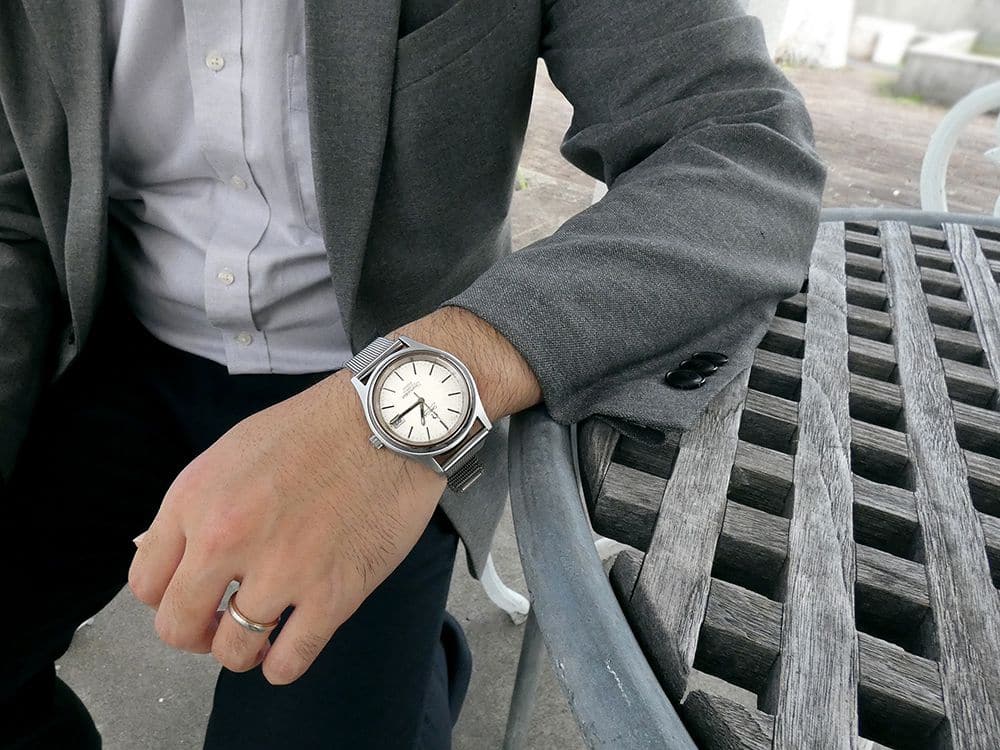 A keepsake with design, functionality as well as memories

It may seem unusual to wear a keepsake for some.
The design is simple and I like the visibility of the dial. It’s also versatile and matches with various outfits. I think the unique vibrance of the watch, despite being an antique is also attractive.

Now that I own another Tudor Chronotime purchased at Jack Road, I use them interchangeably depending on my mood on the day. 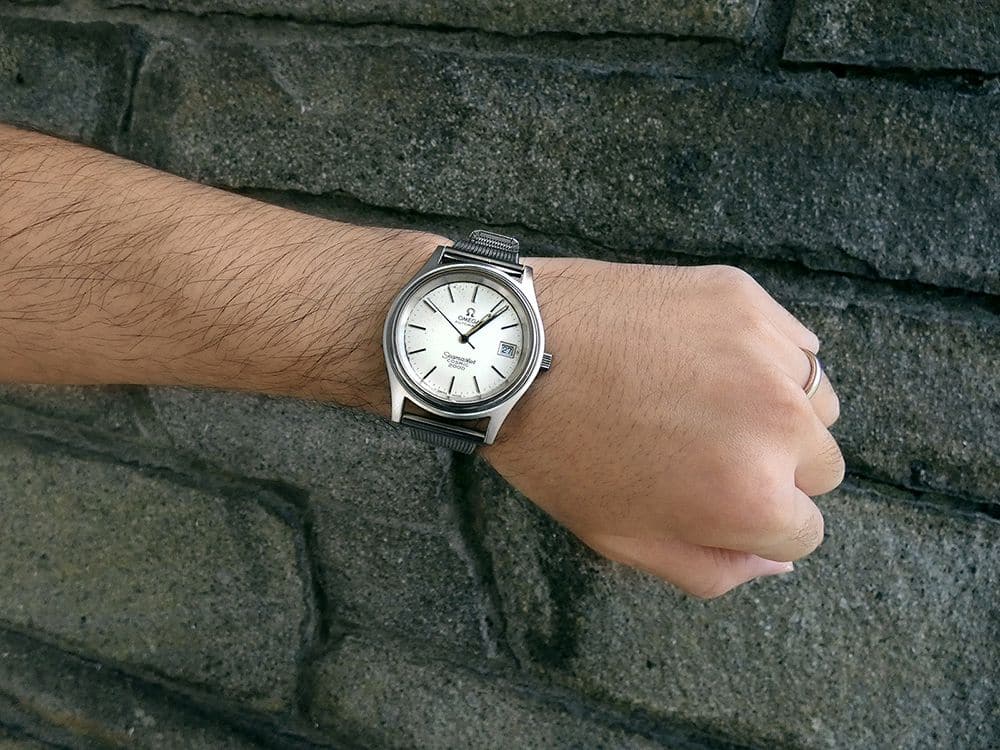 When choosing a watch, I'm not particular about the brand, I often choose one because of its design.

What I am interested in right now is "Jaegar Le Coultre".
I like solid and simple watches rather than popular and well-known brands.

Customers often ask me about my watch when they are choosing antique watches.
If you look closely, there are some scratches and dents on the glass and case.
I think it was a scratch when my father used it, and I have left it as is to honor the memory.

In addition, I would like to maintain its time accuracy and wear it as much as possible. 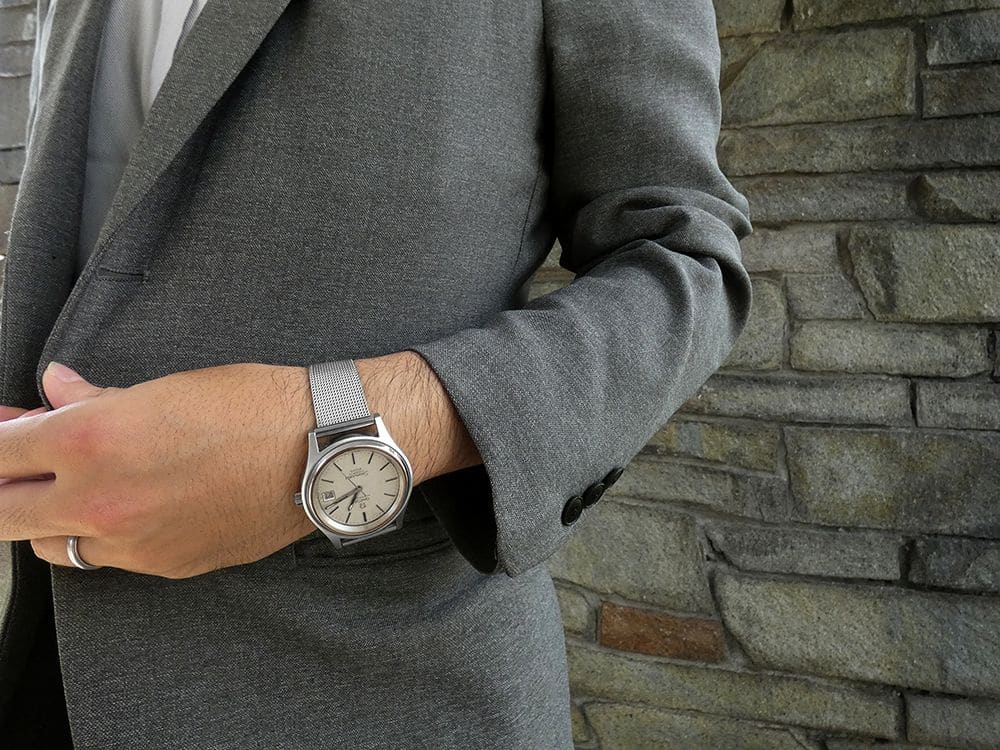 My connection with this watch in my life

I like to think I had a spiritual bond with the watch and how it impacted my life in various ways since my life up to now always had something to do with watches.

For example, I received watches from my parents and colleagues at work, or how I gave my mother a Seiko watch as a present on Mother's Day when I was still a student.

It seems that this watch had finally broken down recently, I was pretty emotional then.
However, I am really glad that it looks like it can still be used for a long time after repairing it. 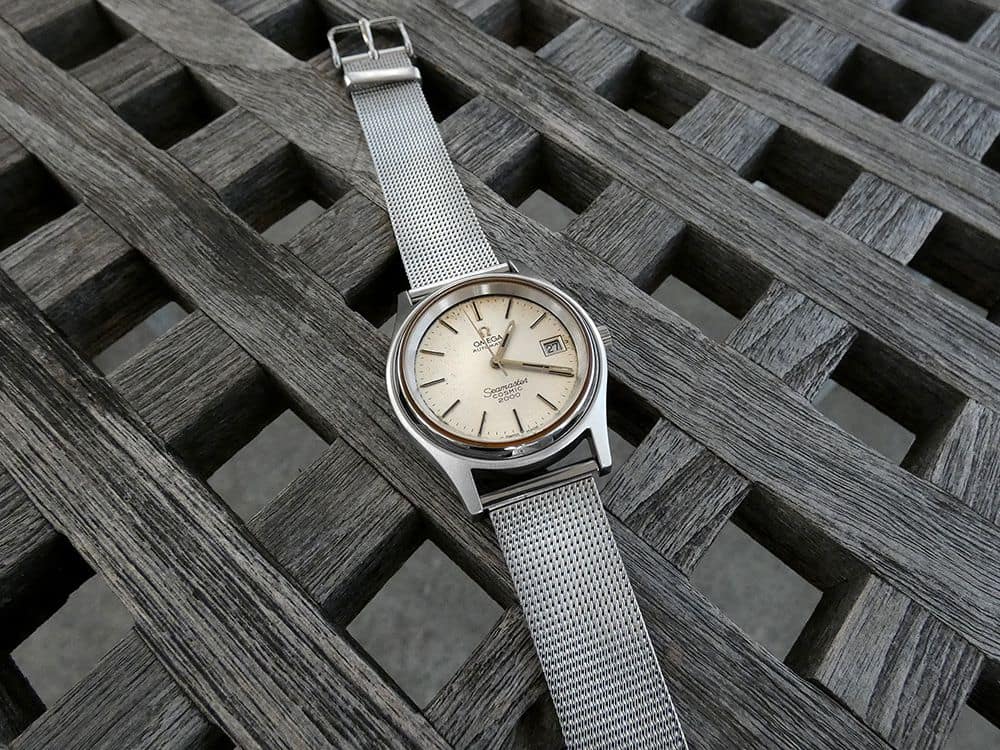 Now I have two kids, who are both cute and naughty and I really enjoy my time with my family.

I want to pass on the watch to my family as a heirloom.
Watches are fascinating in that sense, and I think it's attractive to be able to pass them on from generation to generation. 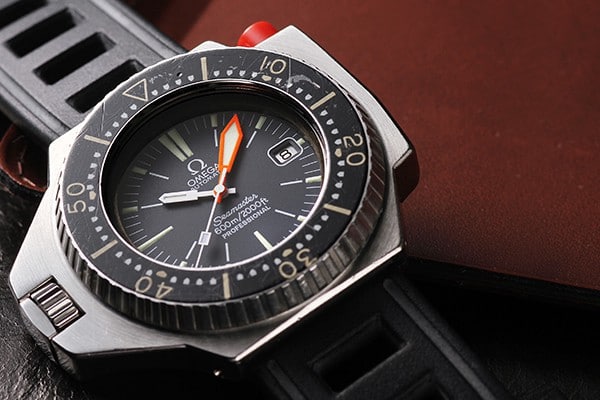