A Thorough Examination of Schaffhausen’s Ever Unyielding Craftmanship 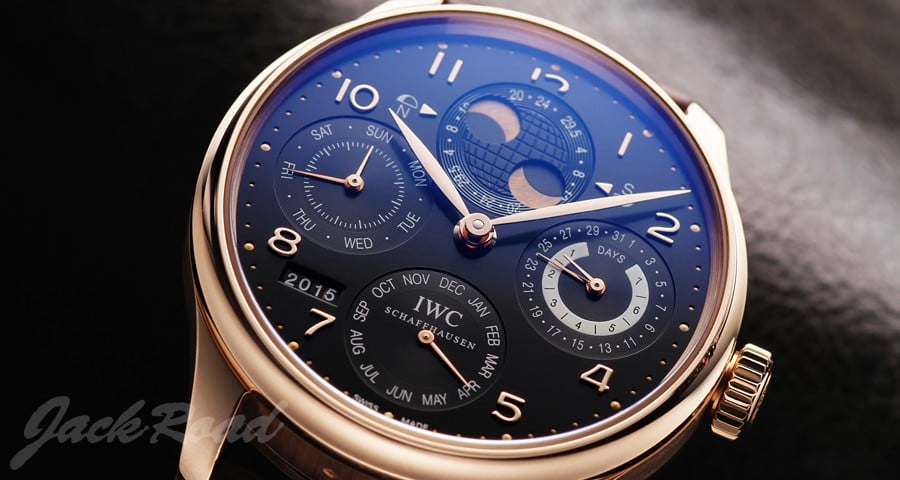 Within the French-speaking parts of branded watch empire, Geneva, Switzerland, lies the German-speaking town of Schaffhausen, headquarters of the International Watch Company, or “IWC” for short. Among its most famous watches include the flagship “Portuguese”, the Mark Series pilot watch, magnetic-resistant Ingenieur, reminiscent of the simplicity and stylishness of German watches “Portofino”, the Aquatimer divers watch and the elegant as it is technically complicated Da Vinci.

Favored by many over the years of its long history, besides modern watches, the company’s antique lineup also gets equal love even to this day.

Thus, brings us to a general overview of IWC today!

Besides introducing their model lineups, we’re not going to skimp out on a detailed description of the company’s masterful techniques that it has refined over the years.

To those familiar with IWC and those not, we hope to share with you the various charms of The International Watch Company.

The birth of the IWC 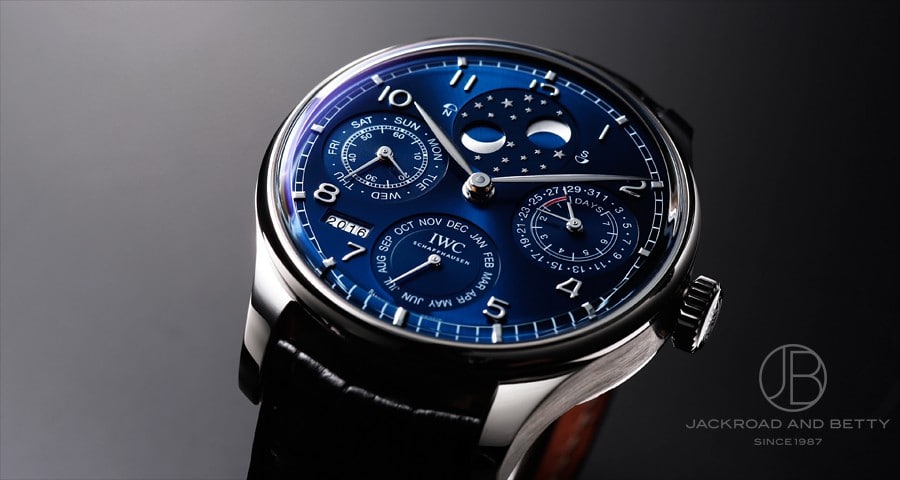 As beautiful as the starry sky, the Portuguese Perpetual Calendar Ref. IW503401.

Let’s cut straight to the birth of IWC in 1868.
Founded in Schaffhausen by Boston-born American watchmaker Florentine Ariosto Jones, it started off by making pocket watches before starting the production of wristwatches in 1899.

In 1915 began the production of IWC’s first original watch movement, another 21 years later was the birth of the still-popular Special Pilot Watch and then in 1939 was the infamous Portuguese born.
After that, IWC continued to make the Ingenieur, Aquatimer, Da Vinci and Portofino. 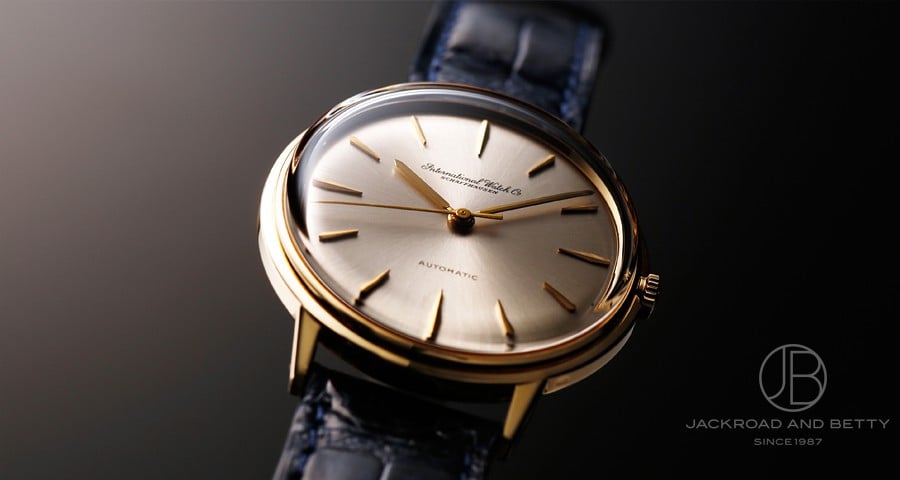 An antique model powered by the Cal.853 movement.
When it comes to IWC, there is one person who me definitely should not forget to mention. The one responsible for IWC’s technical expertise, Albert Pellaton.

The name “Pellaton movement” was derived from his name after successfully contributing to the creation of self-winding movements with their higher-than-average winding efficiency.
His masterpiece, the Cal.85, continues to be ever improved up to this day.

The perpetual calendar on the other hand was by a famous mentor named Kurt Klaus. Yacht Club vintage Ref. 911A.
While elegance may be the highlight of their products, it is not to be forgotten its durability and practicality fit for everyday use and the like.
It is truly thanks to its influences from German watchmaking techniques in its craftmanship that have made its watches into the pride and joy of IWC.

The ever charming IWC.
Let us introduce from here on out popular IWC series lineups ranging from the Portuguese to the Mark Series.

The flagship model of IWC, the “Portuguese” 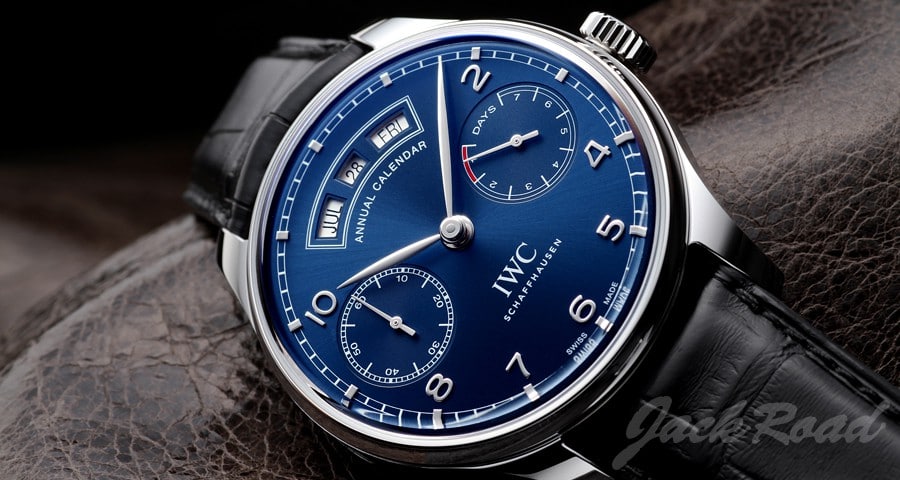 IWC’s representative model, the Portuguese.
Followed in popularity by the Mark series, the Portuguese may well be the most “IWC-like” among their watches.
Asides from the functionality, the Portuguese, whose roots come from being a pocketwatch, also features a large case, upright indices to make it easier to tell the time, elegant leaf-shaped hands, Chemin de Fer (Railroad Motion Work) and the like, proving it to also be superior design-wise.
Such a luxurious-looking watch pairs best with a business suit, indeed.

The Representative of All Pilot Watches, The “Mark Series” 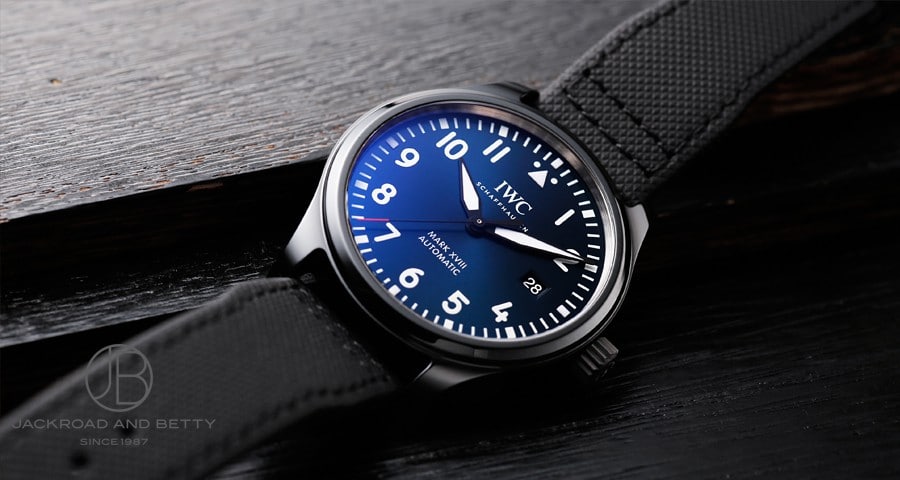 Limited Edition Mark XV!!! Laureus Ref. IW324703. Only 1500 pieces available worldwide.
The Mark Series, second in popularity to the Portuguese.
Originally manufactured for the British Army, the militaristic elements are evident in this pilot watch’s design.

Its functionality is as expected, however, it still retains the core elegance of IWC’s design. The sporty look also garnered much positive attention from watch fans.

The Classic Portofino known for its Simplicity Sitting at the top of the Portofino collection the “Hand Wind 8 Days” Ref. IW510103.
Even among the IWCs, a particularly simplistic watch, that is, the Portofino.
To maximize the clarity of the watch face, any unnecessary decorations were thoroughly excluded. Even to this day, 30 years after the first edition was manufactured, the design was hardly ever changed and its popularity with both men and women alike never wavered. 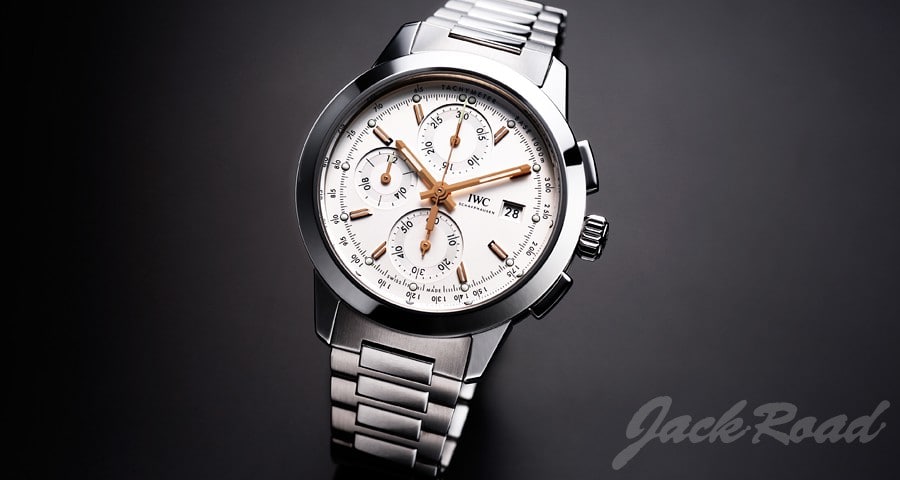 The magnetic-resistant pride and joy of IWC, the Ingenieur.
In Japanese, it’s pronounced as Enjinia (wasei-eigo term for “engineer”). It was aptly named as this watch was made for professionals working in places exposed to high-magnetic energy fields.
Similar to the Mark Series, the Ingenieur also has its roots from the Mark 11. 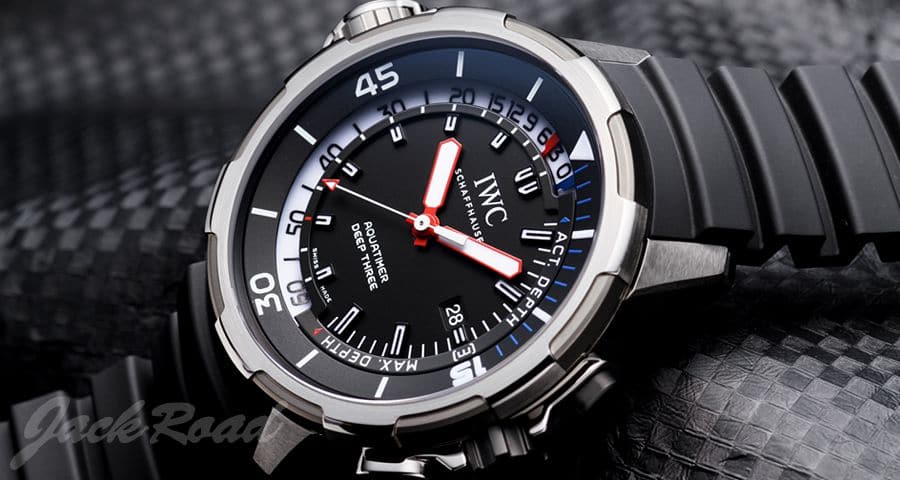 The Aquatimer is a diver’s watch created in 1967 by IWC.
It was equipped with a rotating inner bezel and high-spec functions plus being water-resistant up to 200m.
In1982, the “Ocean 2000”, which was designed jointly with Porsche Design and boasted waterproof specifications was released in 1982. In 1998, the GST Aquatimer, which was released based on the same technology. As its namesake suggests, this collection was inspired by Leonardo da Vinci.
The Da Vinci Collection was the first to incorporate a perpetual calendar mechanism developed by Kurt Klaus, a disciple of Albert Pellaton mentioned above.
In addition to the perpetual calendar, many models are equipped with moon phases and tourbillons making this collection an embodiment of IWC’s haute horlogerie.
The ladies’ model, called the “Little Da Vinci” was so popular that it sold out the moment it’s restocked. The Old Model Round Watch Ref.818 with the company logo written in beautiful cursive handwriting.

Even dated IWC models have their charm.
The Old Model still retains its place in the hearts of many watch-fans.
Since post-2000’s, IWC’s logos on the watch dial were inscribed in Mincho font, however, the Old Model was the only one to have many of their models have their logo done in cursive.
Not only does it have cursive writing to match its classic feel, the overall design of the watch lends to its retro vibe, befitting of its history-rich maker. 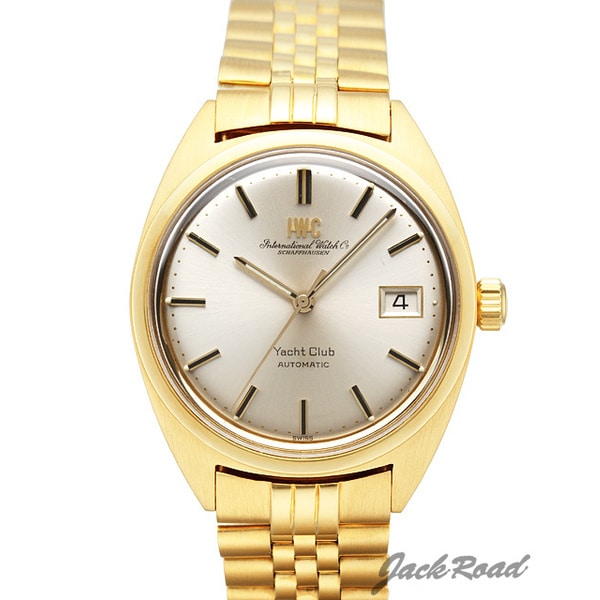 This antique is now included under the Portuguese’s sports lineup. In the above picture is the 1960’s model equipped with the acclaimed high-spec Cal.8541 movement and a 18k yellow gold case-bracelet that is exceedingly rare in the current market. It’s barrel-shaped design is coutersy of Gérald Genta. The Ingenieur SL Ref.1832 designed by Gérald Genta.
Manufactured in 1979 with a disastrously high selling price for that time, not to mention its small number of manufactured pieces at 550 made this an exceptionally rare piece.
Subsequent designs of the Ingenieur was based of the original icon by Gerald, eventually making it universally known to this day. 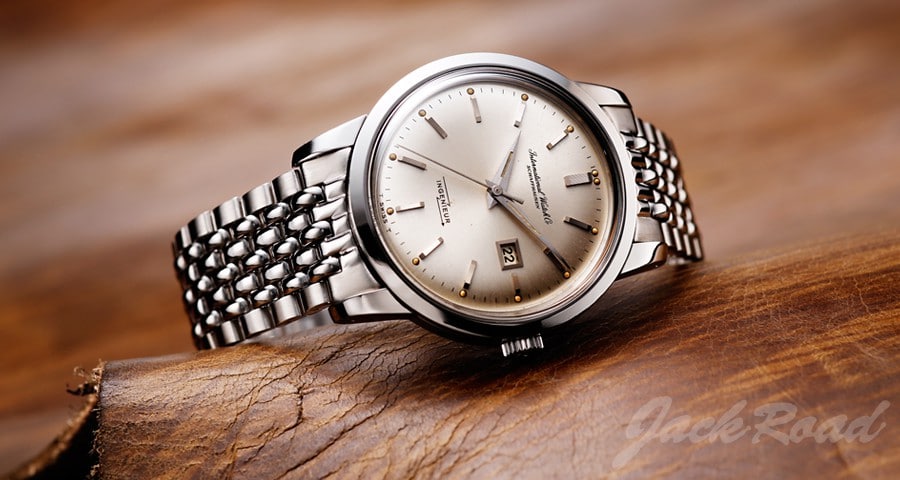 The Predecessor of the Mark Series “Mark X” 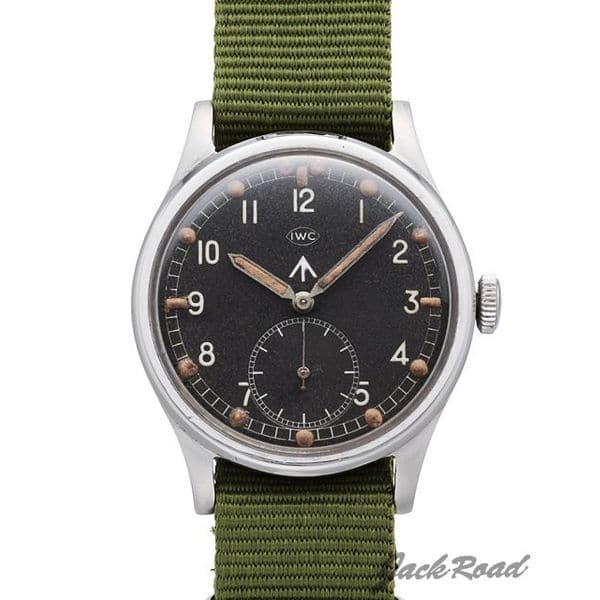 The Mark series watch aimed for British Army use refers to those after the Mark XI, however, the one we would like to introduce to you is the one geared for general consumption, the W.W.W, also known as “Mark X”.
Kept under good storage conditions since its production in the 1940s, beautiful signs of aging can clearly be seen on this antique. This is the watch that would be recognized as the first edition of the official Mark series, the “Mark XI” The 1970 Round Automatic. A splendid antique watch with the logo written in cursive.
Similar to the Old Model Round that was released during the same era, both with delicate features and a classic overall feel of to their designs. The ladies’ antique IWC lineup at our store.

What did you think?
A maker with excellent craftsmanship that blends both style and functionality in their design, IWC watches remain a best-seller even at our shop. 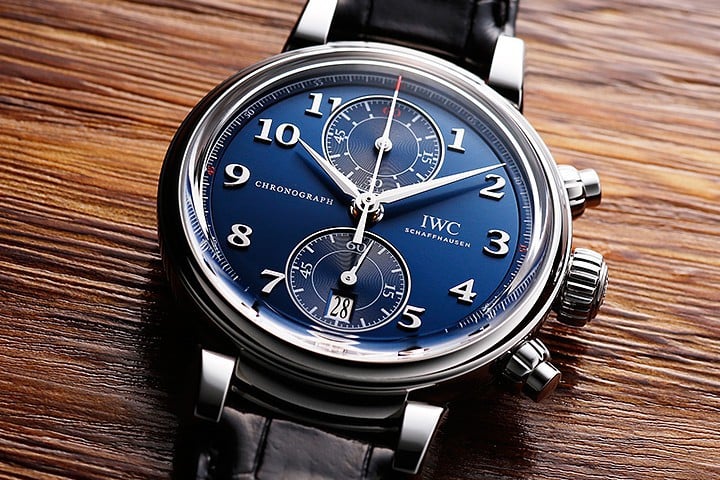