What’s So Special About a Rolex Red Submariner? A Synonym for the Rolex Antique 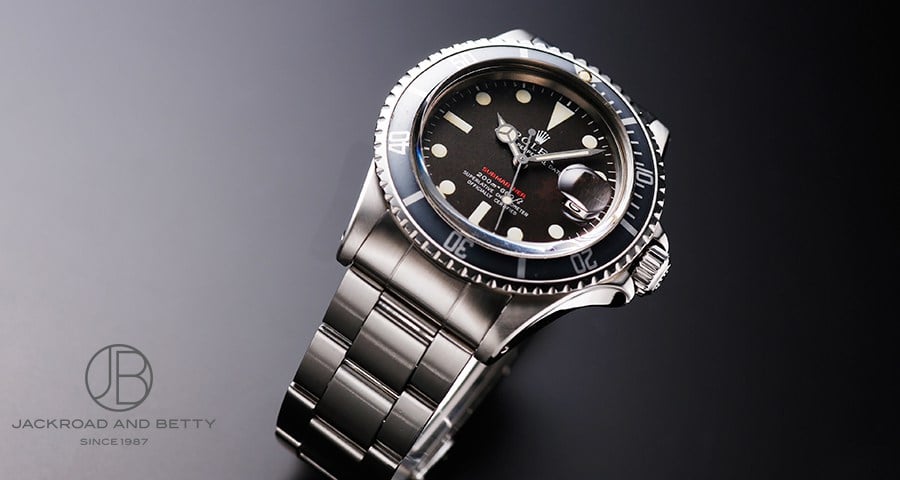 When you think “Submariner”, you would probably associate it with Rolex and also as a representative of diving watches. Since its introduction in 1953, the Rolex Submariner has in many ways defined not only dive watches, but Rolex in general.
There are many rare antique models because the model has gone through changes many times throughout the years.
In this article, we will focus on the red Submariner, also known as the 'Red Sub', a flagship Rolex antique.

What is the Rolex Red Submariner? 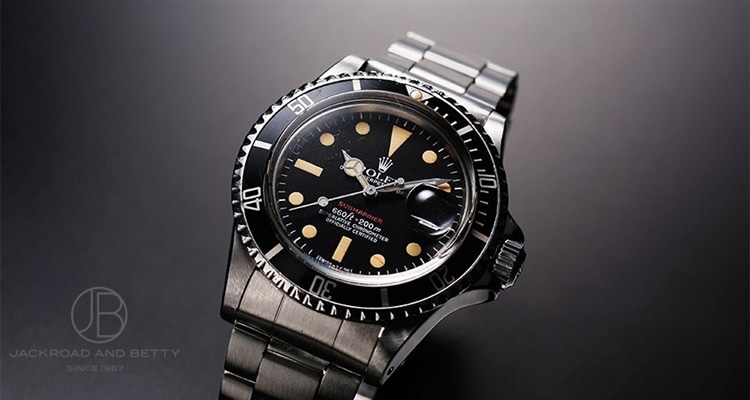 
The production period was from 1965 to 1980 and it’s successor model, the Rolex Submariner Ref.16800( 2nd version of the Date model) was born.
The specifications of the watch include a self-winding chronometer Cal.1570 and a hack mechanism that stops the PRE-OWNED when the crown is pulled out.
The Cal.1570 chronometer is a type of movement famed for its with low-maintenance and durability installed on Rolex flagship series watches such as the Explorer Ref.10116 and Datejust Ref.1601.

At that time, with its plastic windshield and waterproof performance of 200m, the next-generation model Rolex Submariner Date Ref.16800 (2nd version of the date model) was equipped with a sapphire crystal windshield, thus upgrading itself to a 300m water-resistant watch.

Among the Ref.1680 watches, the Red Sub with a red 'Submariner' logo is will be the main focus of today.
When the Red Sub Ref.1680 was introduced, there were rumors that later models would have a white logo. However, the Red Rolex Submariner Sea-Dweller Ref.126600, a 50th-anniversary model, introduced at BASELWORLD 2017, had a red logo thus, proving the rumors unlikely. 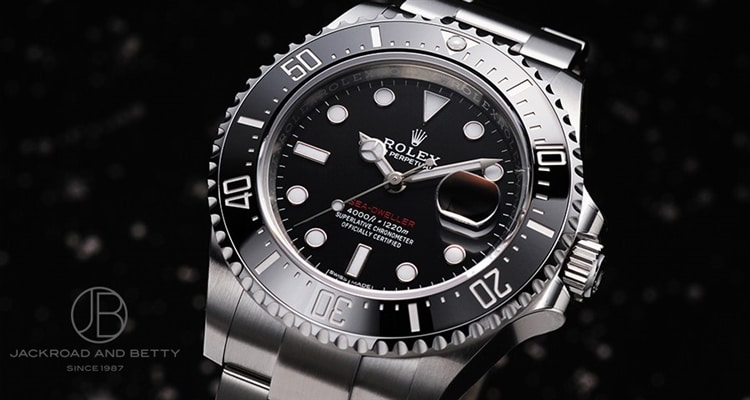 As we mentioned, the Role Submariner Date Ref.1680 is equipped with a highly durable movement. Because there are no borders on the index, it exuded a vintage-style appearance that attracted a lot of attention thanks to its classy atmosphere. Isn’t it charming to feel the novelty of a watch with more than 50 years of history?

Facts about the Rolex Red Submariner

Few small changes have been made in the Rolex Submariner Date Ref.1680, such as its stripe and crown. These changes are due to the differences in the production factories and used years. Let's review these changes.

There are six kinds of dials in the Rolex Red Submariner Date Ref.1680.
Let's see the differences by comparing these models.

1. Differences in waterproof notation
The 200m waterproof notations being placed first on the left hand side (more commonly known as “Meter-first”) are present in the Mark I~ Mark III models and also the initial Non-date Ref.5513 models as well.
From Mark IV onwards, these marks have been replaced by 660ft notations.

3. Differences in the 'F' font
There are two types of ‘F’ fonts in the ‘ft’ notations.
A long bar above the F is known as 'long F' while a bar with the same length both at the top and the bottom is called 'short F'.

Get to Know the Rolex Red Submariner

In this part, we will introduce the representative of the Red Submariner models. 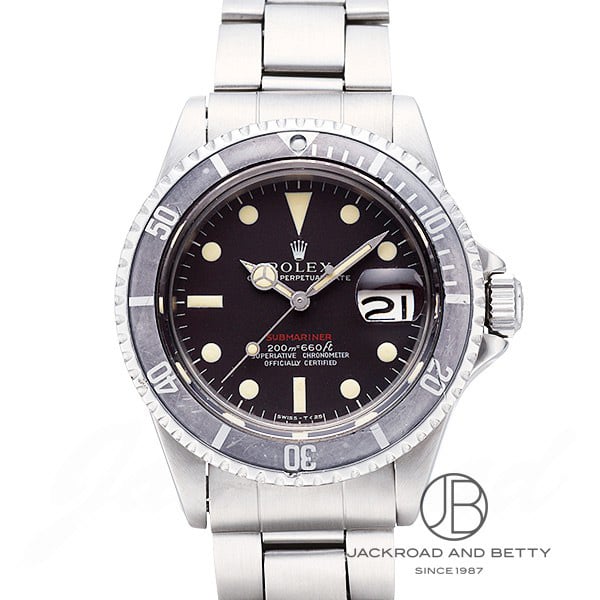 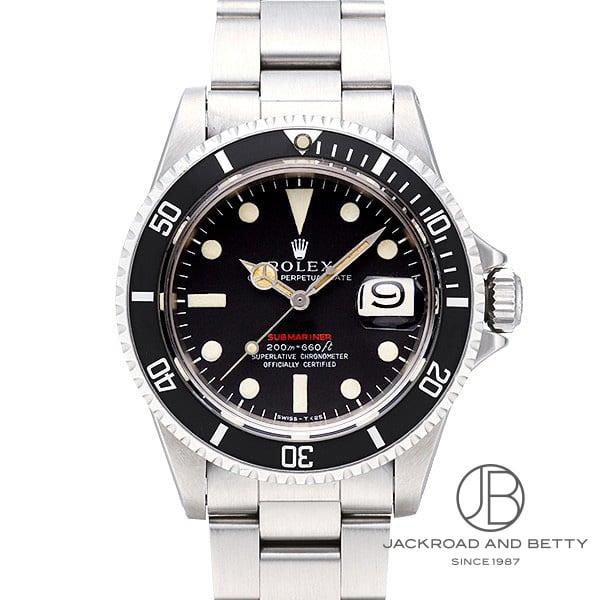 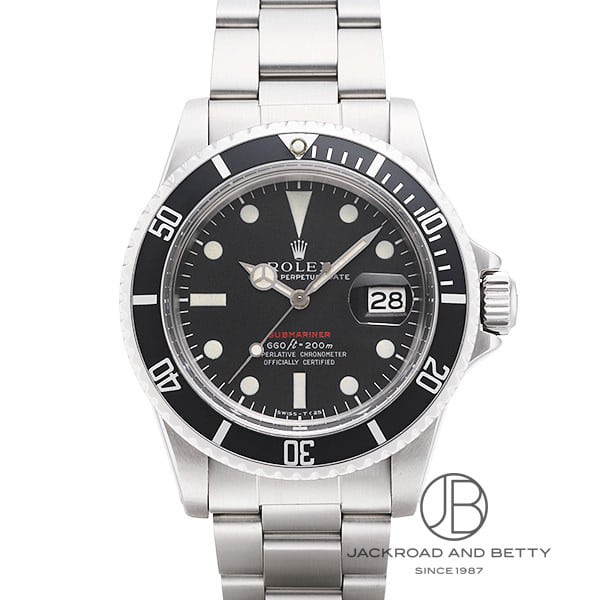 This model has a common 'Mark IV' dial. The ‘ft’ notation comes first with a 「Open 6」. 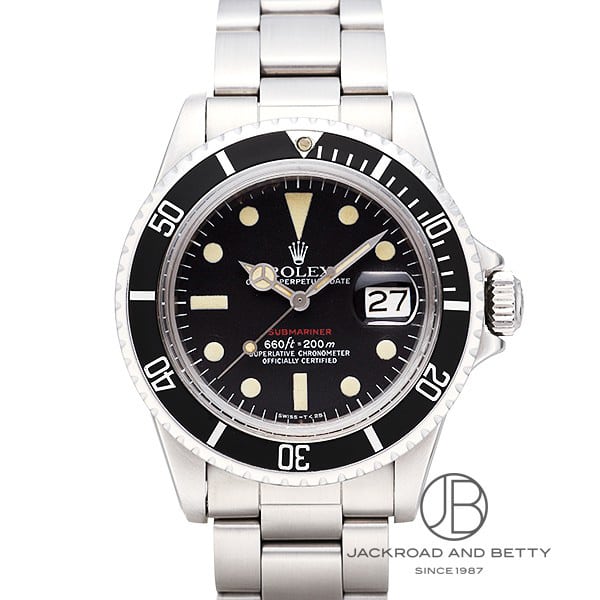 The usual white logo can be seen in this model.
Compsred to the Red Sub, the logo 'Submariner' is larger.
The notation at 6 o'clock is close to the 'Mark VI' dial. 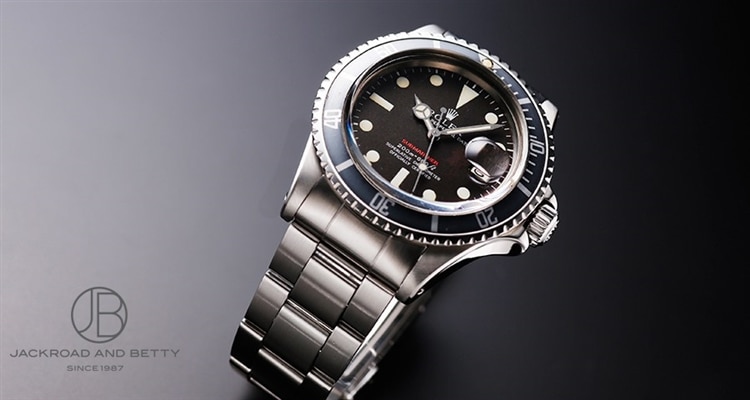 The color change in the black dial can be seen most commonly now due to aging.
The prices vary, depends on the shade of brown.

There are various kinds of Red Subs, which one do you prefer? As an antique model, each watch is unique in this world, that aspect is very attractive to collectors. Also, these models hold high asset value because of its rarity.

At Jackroad, you can find many Rolex antique models including the Red Sub. Why don't you pay a visit and pick up one yourself? 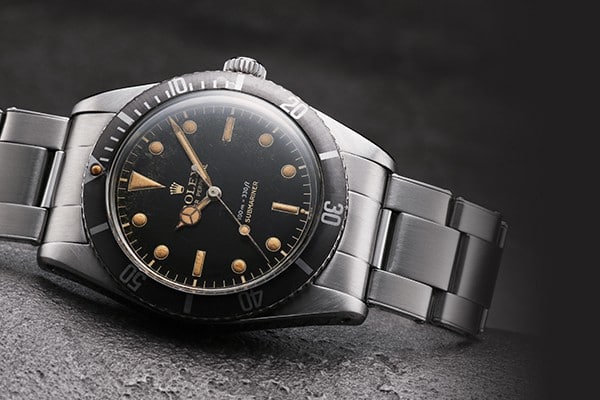